About Us
News
News Archive

Fraport USA Board of Directors 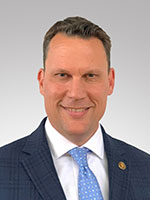 Brett Kelly takes over the helm of Fraport USA as Interim CEO following his appointment to senior vice president of operations, where he oversaw all Fraport USA airport concessions developments. Prior to this, he led the award-winning concessions program at Baltimore/Washington International Thurgood Marshall Airport for eight years, overseeing the leasing, construction, marketing and management of nearly 120,000 square-feet of concessions space. He also recently led Fraport USA’s transition team during the start-up phase of the new concessions program at Nashville International Airport.

Mr. Kelly’s extensive retail real estate experience includes previous roles in management, marketing, leasing, and business development. Prior to joining Fraport USA, he was a vice president with General Growth Properties, one of the largest retail development companies in the country. He holds a Master of Business Administration from Western Governors University. Mr. Kelly also has extensive training in mediation and arbitration, and earned the Certified Leasing Specialist designation of the International Council of Shopping Centers.

Her achievements include leading the execution of JAA’s first information technology strategic plan and $29 million of technology and communications projects. During her tenure, JAA received the Diversity & Inclusion Award as well as the Marketing and Communications Award from ACI-NA. Prior to JAA, Ms. Beckett gained 11 years of experience at the global financial services firm Merrill Lynch.

Active in the industry, she serves as the 2019 ACI-NA Human Resources Committee Chair and is a designated International Airport Professional (IAP) and AAAE Certified Member. 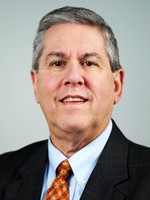 Trained as a lawyer with transactional experience and a broker with an academic acumen, Mr. Emili focuses his legal training on Fraport’s complex legal and lease administration arenas and his real estate transaction experience to understand and align with Fraport USA key objectives in serving the Airport sector.

Prior to joining Fraport USA, Mr. Emili was with Fell Lease Administration in Chicago where, as Practice Lead, reporting directly to the company’s Owner and CEO, his responsibilities included all aspects of operations, business development and helping to manage client and vendor relationships.

Mr. Emili is a licensed attorney and real estate broker and has a Bachelor of Arts degree from Bethany College in Bethany, WV and a JD from the University of Pittsburgh. 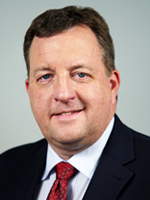 He has held roles as Chief Financial Officer for Allegheny Valley Bancorp, Controller for NSD Bancorp, Director of Finance for Crown Castle International, and Director of Business Intelligence for ServiceLink and has years of consulting on SEC reporting, SOx compliance, revenue recognition and projects with companies including Ariba, Black Box, RTI Metals and NOVA Chemicals. Prior to joining Fraport USA, he was a consultant to the dealer services division of Harley-Davidson and focused on the design and analysis of accounting and reporting functionality within the dealerships’ ERP and conducted training and system implementations.

Mr. Berger is a Certified Public Accountant and has a B.S. in Accounting from the Edinboro University of Pennsylvania. 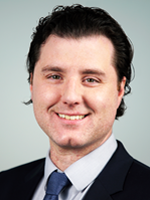 George Skaros joined Fraport USA as Finance Director and quickly advanced to Head of Business Intelligence and Reporting. This seasoned finance executive has a successful track record of developing and executing innovative strategies to align an organization with its strategic priorities. He also thrives in positions that involve “hands-on” management and a high level of strategic decision-making.

Prior to Fraport USA, he served as Vice President of Finance for ServiceLink, a national provider of mortgage services. He has also served as the Finance Director for Sodexo, a multinational company that handles food services and facilities management.

Mr. Skaros has an MBA from the University of Pittsburgh – Joseph M. Katz Graduate School of Business and a BS in accounting from the State University of New York at Buffalo. 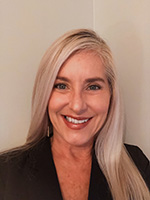 Ellery Plowman became enamored with the business of airports while leading the retail growth strategy at Rosetta Stone. During her eight years with this maverick organization, she grew the business with hundreds of retail outlets. Moving from the tenant side of airport concessions to the landlord side, as VP of Business Development and Leasing, Ms. Plowman’s efforts contributed to increasing Westfield concession management’s footprint with adding Chicago Terminal 5 and six terminals at LAX, including the award-wining Tom Bradley International Terminal.

With a passion for retail, former ownership of a restaurant and a network of airport and airline decisionmakers, she launched elleco llc with a vision to make airports better places to shop and dine. The company has worked on projects on behalf of airport authorities, operators and brands to ensure the best possible passenger experience and maximum revenue potential. Ms. Plowman is also ACDBE certified in Virginia and Maryland and devotes time to creating more opportunities for minority, small and women-owned businesses. 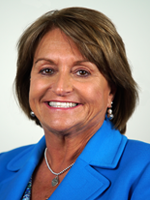 At Pittsburgh International, she directed and managed retail operations, leasing and marketing for the airport’s award-winning concessions program. She also oversaw the development and success of numerous projects, including the Blue Sky Project, a $10M overhaul of the airport’s center core retail area.

Throughout her tenure, Fraport USA’s 87,000 square-foot concession program at PIT has led the industry in sales per-enplaned passenger – and ranks among the highest for North American airports.

Ms. Simoni has experience in many sectors of the airport retail experience including operations, leasing, security, construction, marketing and advertising. 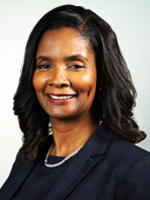 As a seasoned commercial aviation and general aviation legal counsel and airport business executive, serving both as a former chief commercial officer and chief legal officer for Hartsfield-Jackson Atlanta International Airport (ATL), Ms. Brown has demonstrated leadership experience in negotiating and drafting complex commercial development transactions, directing in-house and outside counsel on a litany of critical airport law matters to include concessions, operations, real estate, construction, security, and procurement, and serving as the point of contact with the FAA on diversity compliance matters.

Ms. Brown’s operational excellence was critical to leading five commercial business units at ATL generating close to .5 billion dollars in annual airport revenue, including an increase of non-aeronautical revenue of more than 6% year over year in 2015 and 2016.

Most recently, she served as Vice-President and General Counsel of Brakkam Aviation Management based in Atlanta, Georgia.

Ms. Brown has also earned the International Airport Professional (IAP) designation, a global standard of excellence in airport management. Additionally, she is a graduate of the Airport Executive Leadership Program. 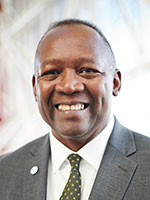 Gary H. Gilliard has been named Vice President of Operations for Fraport Maryland. He oversees the development, leasing, construction, marketing and management of the concessions program at Baltimore/Washington International Thurgood Marshall Airport (BWI).

Mr. Gillard has gained more than a decade of expertise in the airport concessions industry, including roles in both concessions management and as a retail operator. At Denver International Airport (DEN), he launched a retail merchandise unit program and became the program’s lead manager. He also led a successful local business and minority participation program at DEN. 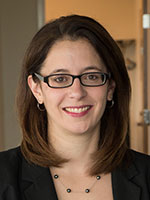 Tina LaForte is responsible for tenant leasing, development and planning of the mall at Cleveland Hopkins International Airport.

During her tenure, she’s managed more than $30M in capital improvement for projects at CLE. In February 2008, Fraport USA signed a 10-year agreement with the City of Cleveland to develop and manage concessions at Hopkins.

Prior to her appointment in Cleveland, Ms. LaForte was general manager of the concessions program at Baltimore/Washington International Thurgood Marshall Airport. She also served as retail operations executive of the program at Pittsburgh International Airport. Ms. LaForte has more than 20 years of experience in a broad array of retail operations, including management, customer service, sales, merchandising and inventory. 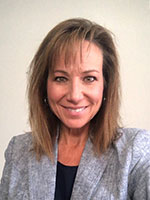 Amy Miktus has been promoted to Vice President of Operations at Pittsburgh International Airport (PIT) and oversees the leasing, construction, marketing, and management of 80,000-square-feet of concessions space in the company’s historic program at PIT.

Ms. Miktus brings more than 20 years of specialty retail experience with global brands such as Bath & Body Works and Sketchers. She joined Fraport Maryland in 2012 and in 2017 was appointed to Director of Operations for the concessions program at BWI Marshall airport. She also served on the transition team for launching Fraport USA’s project at JetBlue’s Terminal 5 at John F. Kennedy International Airport. 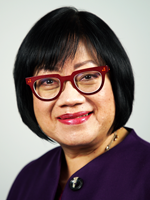 Ms. Tan previously managed the $12 million redevelopment of the 45,000 square-foot retail program at the Central Terminal at LaGuardia Airport, part of the $18 million project done in partnership with The Port Authority of New York & New Jersey. She managed all aspects of the project, including client relations, revenue generation, capital improvements, marketing, and tenant/passenger service of the award-winning program, and oversaw in excess of $40 million in landlord and tenant improvements.

She also worked on the $15 million redevelopment and management of The Coca-Cola Company Building in New York’s premier retail neighborhood on upper Fifth Avenue and the leasing/management of The News Building, a 1.1 million square-foot office building in the Grand Central Business District in Manhattan.